Women on company boards: go for 40% of non-executive posts by 2020, urge MEPs

október 15, 2013
EU-listed companies should aim to ensure, by 2020, that at least 40% of their non-executive board members are women, so as to promote gender equality in economic decision making, say draft rules proposed by the European Commission and backed by the Women's Rights and Gender Equality and Legal Affairs committees on Monday. In 2012, only 15% of non-executive board members at the EU's largest companies were women.

"Today's vote on the joint report by the Women's Rights and Legal Affairs committees sends a strong call for EU legislation to step up women's membership of and participation in boards of listed companies. What is currently a reality in some EU member states will soon be extended to the single market as a whole and all EU listed companies, thereby making the most of the talents of many qualified and highly skilled women", said MEP Rodi Kratsa-Tsagaropoulou (EPP, EL).

"It is important that the directive should be broad in scope and that many listed companies are required to use the open and transparent procedure when selecting their non-executive directors. We do not have an exemption for family enterprises or specific sectors, but we have strengthened the penalties that member states should apply when companies do not fulfil the directive's requirements. Now, it is up to the Council to agree a common position, so that negotiations between the Council and Parliament, as co-legislators, can start", said rapporteur Evelyn Regner (S&D, AT).

MEPs backed a Commission proposal to ensure gender balance on boards for publicly-listed companies. They called on them to ensure that at least 40% of their non-executive board members represent the under-represented sex. Listed companies would have untill 2020 to reach the target while public ones should do so by 2018.

According to the draft proposal, the rules approved today would not apply to small and medium-sized enterprises. However MEPs encouraged member states to support SMEs and give them incentives to improve gender balance on their boards too.MEPs further proposed that these rules should also apply to companies where less than 10% of workforce is of the under-represented sex.

MEPs call for a transparent, open and meritocratic recruitment procedure in which gender balance is borne in mind throughout. Where candidates are equally well qualified, priority should go to the candidate of under-represented sex, at every stage of this procedure, they add. MEPs stress that qualifications and merit must remain the key criteria.

Companies that fail to abide by the rules will be required to explain why to the competent national authorities in member states and describe the measures taken and planned to achieve it in future.

MEPs say that penalties, such as fines, should be imposed for failing to follow transparent and open appointment procedures, rather than for failing to achieve the target.They propose that "exclusion from public calls for tenders" should be added to the list of possible penalties, which they say should be mandatory, rather than indicative, as the Commission proposes.

The amended draft legislative resolution was approved by 40 votes to 9, with 2 abstentions. The committee negotiators received a mandate to start negotiations with EU ministers. 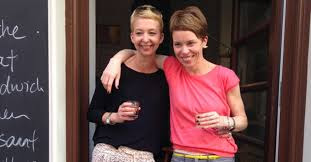